Bacardi is a classic cocktail that originated in the early 20th century in Cuba. It includes rum, freshly squeezed lime juice, sugar, and grenadine syrup, which brings to the cocktail a perfect amount of sweetness. The cocktail was known to be a cousin of Daiquiri prior to the inclusion of grenadine syrup in the mix (which is a modern variant with American origins).

However, according to the New York Supreme Court ruling from 1936, the combination must contain Bacardi Superior Rum to be a true Bacardi cocktail. Typically, the cocktail has to be shaken and served straight up in a standard cocktail glass with a lime wheel garnish.

A unique, pre-sweetened type of espresso that originated in Cuba known as café Cubano is often referred to as Cuban espresso, Cuban coffee, Cuban pull, or Cuban shot. Although it holds a unique status in Cuba, where it traditionally stands as the essential social and cultural beverage, Cuban espresso is also very popular and widely available throughout Latin America and Florida. 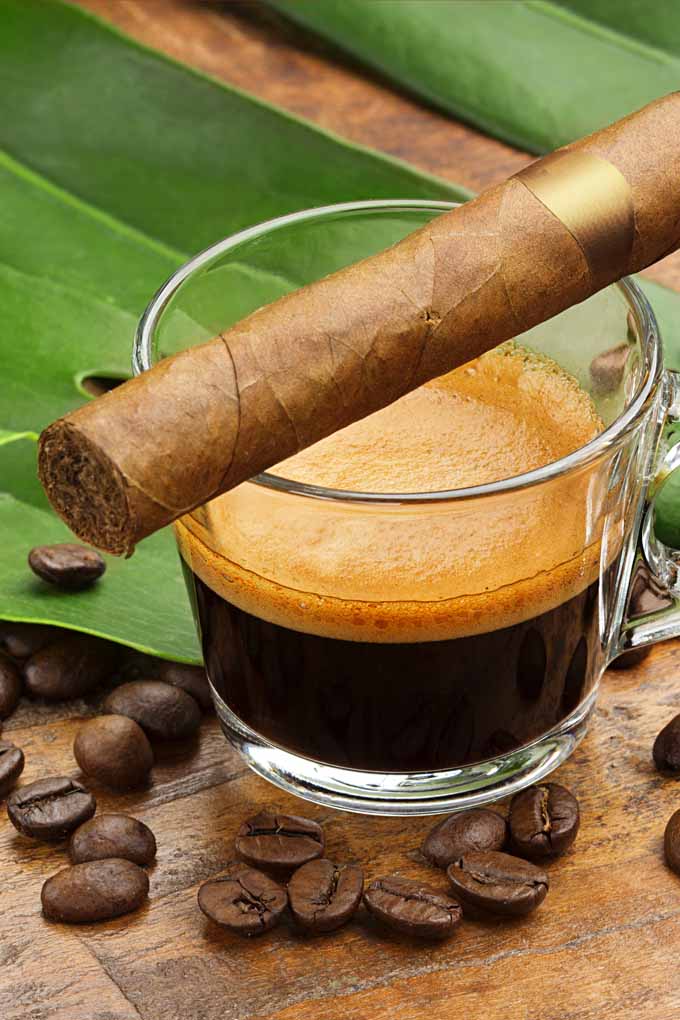 It consists of an espresso shot that is sweetened with demerara sugar while being brewed. This espresso variety is made by brewing the darker roasts with sugar, which results in light-brown foam on top of the coffee. Cuban-style espresso is considered a mid-afternoon standard that is typically served alongside a glass of water.

For an authentic Cuban experience, it is best to pair it with a fine Cuban cigar.

Moros y Cristiano was originally Spanish, and its heavy Spanish, Caribbean, and North African influences spread to Cuba. The Spanish Christians portray white rice, while the Muslim Moors are meant to be black beans, recalling a long time of wars between the two, known as Reconquista, and celebrating how in the Iberian Peninsula both groups came to reconciliation. A poetic name referring to tradition, Platillo Moros y Cristiano, loosely translated as a dish of the Moors and Christians, is Cuba’s national dish, a hearty mixture of fluffy white rice and seasoned black beans cooked together in the same pot. The dish is found everywhere in Cuba, and without it appearing in some form, you can not go to any restaurant, house, or street corner, so it is not surprising that there are as many recipes for the dish as there are Cubans with cooking skills.

A delicious Cuban sandwich filled with roasted pork, ham, Swiss cheese, and pickles is Medianoche. The bread is made with a very similar sweet and soft egg dough to the Jewish challah. The name of the sandwich means midnight, due to the fact that it is usually eaten late at night, often after a great night of dance club parties.

The famous Cubano sandwich is closely related to Medianoche, the only distinction being the type of bread used in its preparation. Originally, the sandwich was often prepared in the newspapers, and it is assumed that late-night staff invented the first midnight in Havana around the year 1900.

A hearty stew made with shredded beef, tomato sauce, onions, and peppers, Ropa vieja is the national dish of Cuba. Traditionally, the stew is served with yellow rice on the side and a bottle of cold beer. As several Cuban dishes, this one originated in Spain, too, and was brought by the Spaniards to Cuba and the Caribbean. 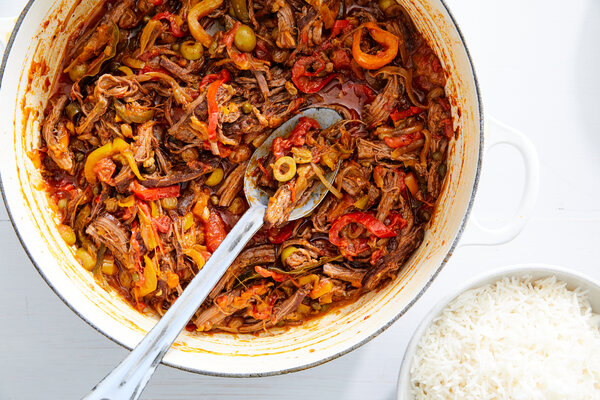 The Sephardic Jews from the Iberian Peninsula are thought to have invented the dish because on the Sabbath they were unable to cook, so they cooked this hearty stew a day in advance. Referring to an odd story that a poor man once shredded and fried his clothes because he could not afford to buy food, Ropa vieja means old clothes. As he prayed over the pot, a miracle happened and turned his clothes into a flavorful meat stew. Today, ropa vieja is a staple across the Caribbean and Cuba, with tweaks and modifications in the recipes throughout the regions.

Arroz con huevo, consisting of rice that is topped with a fried egg, is a popular lazy lunch across Latin America. This humble dish used to be called comida de pobre (food for poor people), but people of all socio-economic groups enjoy it today. 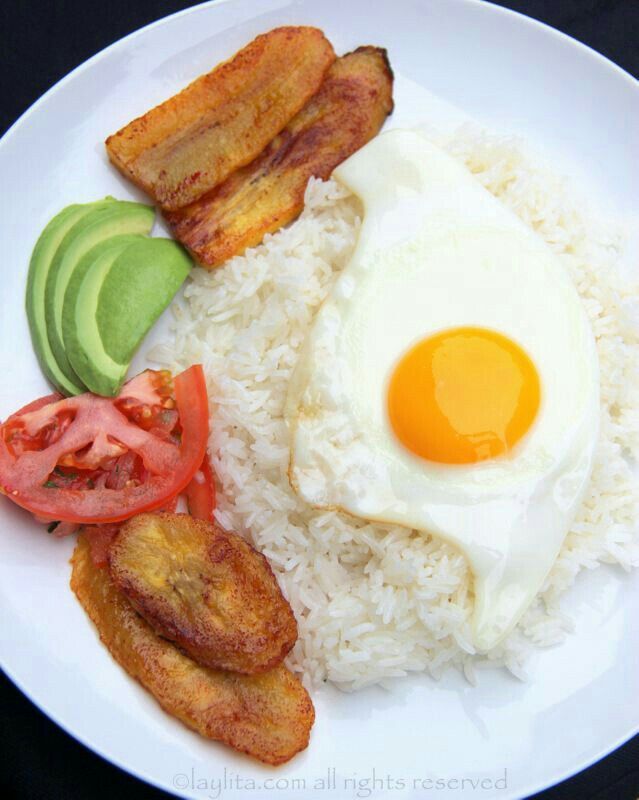 There are various variants of the dish, so it is usually accompanied by plantains in the Caribbean, while the Spaniards combine it with a savory sofrito. Topping arroz con huevo with some freshly grated cheese and finely chopped parsley is recommended.

Cuba Libre is a rum-based Cuban cocktail, with the addition of cola and lime. Its name means Free Cuba in Spanish, and even though the exact origin of this drink is still a mystery, it was possibly first mixed in Havana in August 1900, when Coca-Cola was available in Cuba after the Spanish-American War.

In the past, the cocktail was viewed as exotic, but nowadays it is popular throughout the world, and it is often referred to as Rum and Coke. A common way to serve it is on the rocks with a lime wheel, but some variations (such as Rum and Coke) exclude the lime wheel or substitute white rum with golden or dark rum.

Picadillo is a spicy dish consisting of ground meat, tomatoes, and onions in its basic version. It is popular throughout Latin America, Spain, and the Philippines, where it is known as giniling. The dish is usually served with a side of rice or tortillas, although it is used just as often as a filling for numerous wraps and tacos.

In Cuba, the cooks like to add raisins for sweetness and olives for salt, in the Philippines, potatoes are often added to the dish, while the Mexican version incorporates additional lime juice, honey, or chili peppers. The name of the dish is derived from the Spanish word picar, meaning to chop or mince, referring to picadillo’s key ingredient, ground meat.

Daiquiri is a group of cocktails prepared with rum, fresh lime juice, and sugar as the key ingredients. Supposedly, it was invented in the late 19th century by Jennings Cox, an American mining engineer who was staying in Cuba during the Spanish-American War. The cocktail was named after a beach near Santiago de Cuba and an iron mine. A US congressman who bought the Santiago iron mines probably introduced the drink to high-class New Yorkers in 1902, but it gained popularity during World War II when trade and travel ties with Latin America opened up due to Roosevelt’s Good Neighbor policy, so Latin America became trendy. 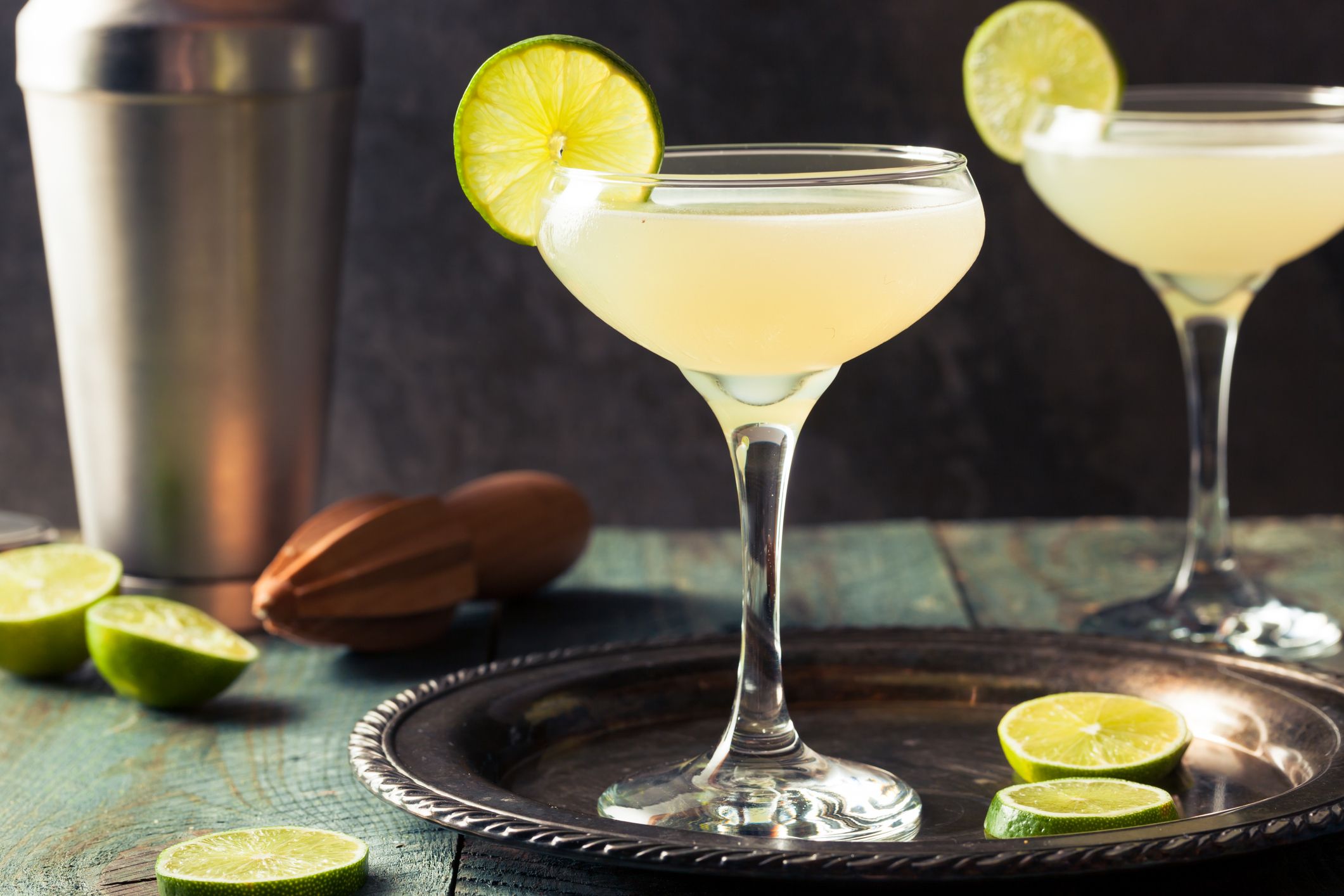 The preparation of a good Daiquiri is very simple: all the ingredients are shaken with ice and then poured into a chilled glass garnished with a lime wheel. Banana Daiquiri, Avocado Daiquiri, and Hemingway Daiquiri or Papa Doble are variants of the traditional Daiquiri, a slightly bitter cocktail made without sugar but with the addition of maraschino liqueur and grapefruit juice, named after the famous writer who enjoyed it. There is also the Frozen Daiquiri, a variety with finely pulverized ice and a texture similar to that of a smoothie.

Sugary, refreshing, and herbaceous, Mojito is a traditional Cuban cocktail based on rum as the key ingredient. It has a relatively low alcohol content (about 10%). Although Havana is considered its birthplace, the origin of this simple cocktail is still disputed. The original Cuban cocktail recipe includes white rum, sugar, lime juice, soda water, and yerba buena spearmint that grows on the island, but if yerba buena is not present, almost any mint variety can be used in the mix. The cocktail components are added in a specific order: before mint and rum are added to the mix, sugar and lime juice are gently mashed; the cocktail is then briefly stirred and finished with ice and sparkling soda water. 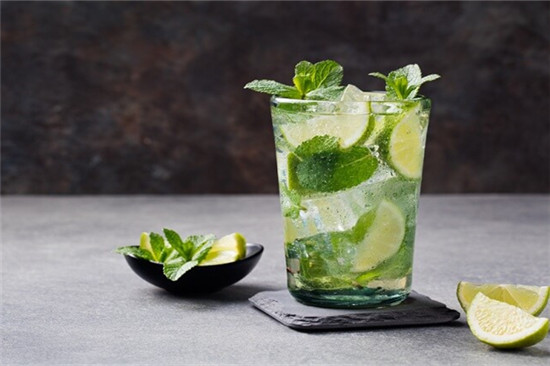 Usually, mojito is served in a glass filled with lime wedges and mint leaves. It is considered one of the most popular summer cocktails, which gained attention internationally when it was introduced as Ernest Hemingway’s favorite drink. There are many versions of Mojito, and several bars in Havana use Angostura bitters to cut the sweetness of Mojito, or add lemons instead of lime.