Bok l’hong, meaning pounded papaya in Khmer, is a Cambodian take on the green papaya salad that is widely consumed throughout Southeast Asia and is believed to have originated in Laos.The traditional Cambodian variety, similar to the Laotian and Vietnamese varieties, uses shredded papaya instead, and it does not include fruit pounding, unlike the Thai version that uses thin strips of papaya and usually allows the fruit to be pounded with other ingredients. 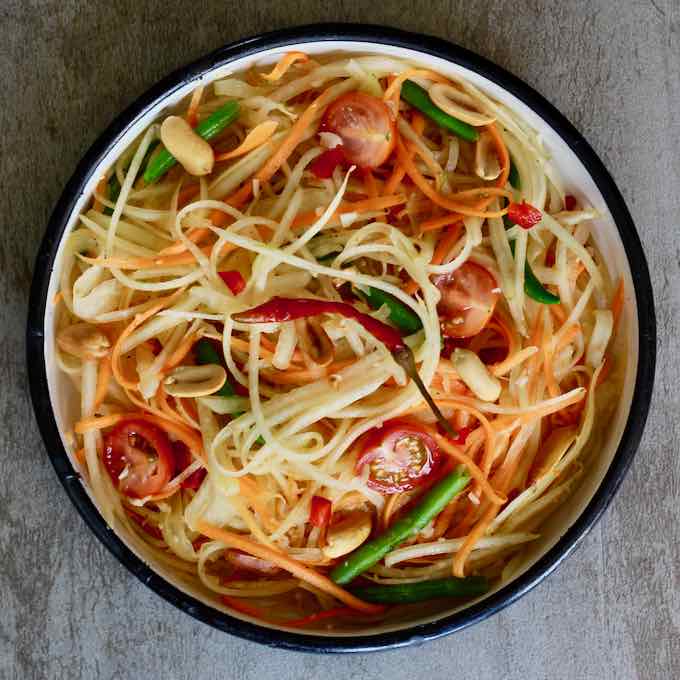 The salad often contains tamarind, galangal, and prohok, a type of Cambodian fish paste. Smoked fish or salted crabs can also be found in Bok l’hong, and it is typically eaten with steamed rice and grilled meat, such as chicken. The use of white fish sauce in the latter instead of the much more pungent fermented fish sauce that is usually used in the former is one major difference between the standard Laotian green papaya salad and the Cambodian version of the salad.

In Cambodia, green papaya salad is available in numerous restaurants and is a common street food item, just like in Thailand, Vietnam, and Laos.

A variety of ingredients, such as cloves, cinnamon, cardamom, star anise, nutmeg, turmeric, ginger, garlic, shallots, lemongrass, galangal, kaffir lime leaves, and coriander are used to make this aromatic Cambodian paste. The word kroeung, however, is a common term that refers to a large variety of these flavorful Cambodian pastes, used as the base in various dishes. 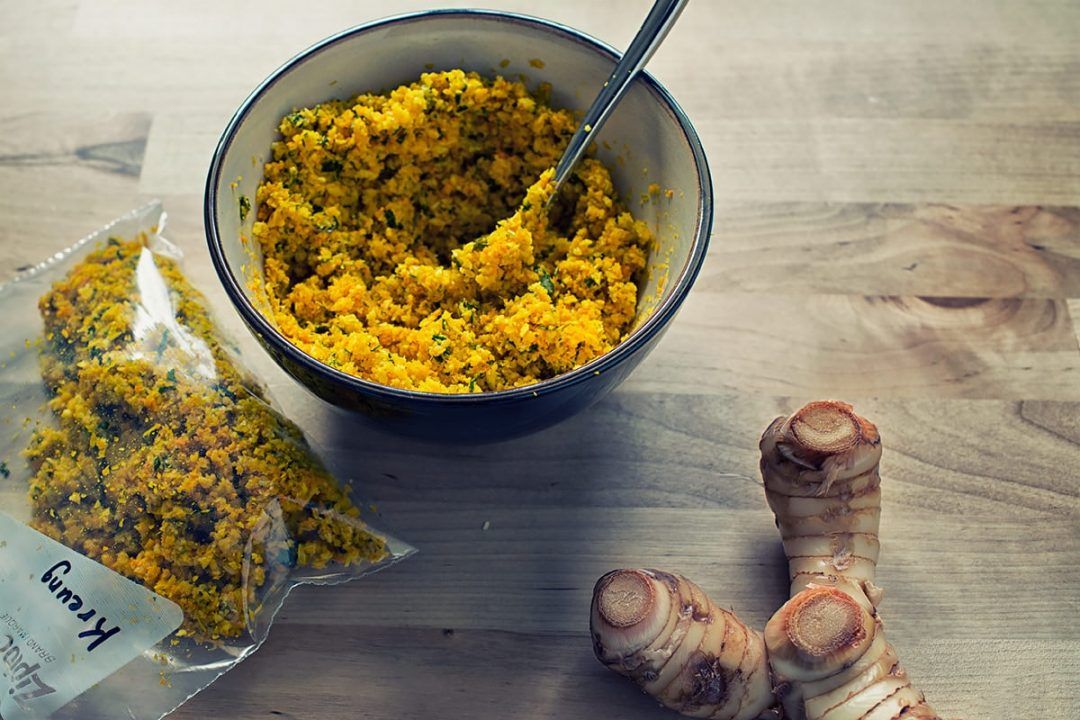 Prahok is a fish paste from Cambodia that is usually used as a condiment. It is made from washed river fish, crushed into a mushroom, dried in the sun, and put in jars for at least three weeks to be fermented with salt. The effect is a gray fish paste with a pungent scent that is sometimes used by poorer families as a source of protein. One of the most common ways of eating prahok in Cambodia is as a grilled beef dipping sauce, but it is also sometimes used in soups, sauces, or combined with rice and vegetables.

Yaohon is a hot pot from Cambodia that contains a selection of vegetables, meat, and seafood. Based on a combination of coconut milk or cream, chicken broth and coconut soda, the broth is normally flavored with barbecue sauce, fish sauce, soybean curd sauce, lemongrass, kaffir lime leaves, and palm sugar. 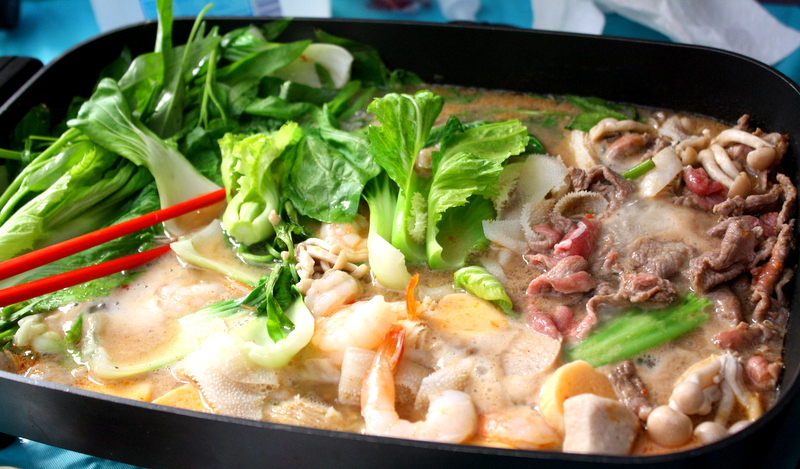 Typical vegetables include watercress, spinach, and bok choy, while beef, chicken, shrimps, squids, oysters, and mussels are typically included in the option of meat and seafood. Crushed peanuts, quail eggs, mushrooms, and (optionally) beer are other components used in this flavor-packed broth.

The town of Skuon in Cambodia is so infested with spiders that in the 1970s, the almost-starved locals adapted and began consuming them, and since then the practice has continued. It’s no wonder the town is referred to as Spider Town or Spiderville. 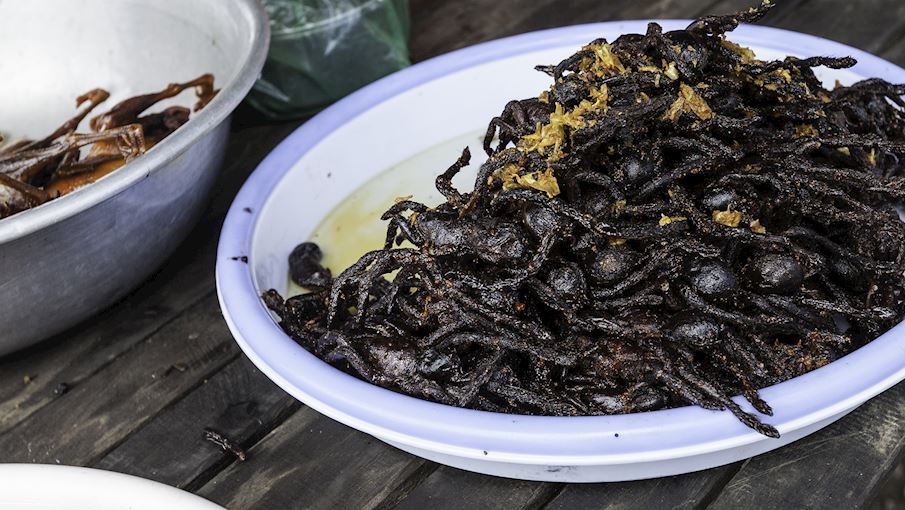 The spiders (usually tarantulas) are breaded and deep-fried in hot oil and then served on a bed of rice or noodles with some fresh local herbs. At least the hairy legs are supposed to taste so, because consumers are advised not to bite into the abdomen, which contains the internal organs and body fluids of the spiders. The flavor of these criteria has been described as a cross between cod and chicken.

Kampot pepper is a pepper from two berry varieties, Kamchay and Lampong, of the Piper nigrum L species. It is grown in the southern Cambodian provinces of Kampot and Kep. There are four forms of poivre de Kampot, depending on the time of harvest. 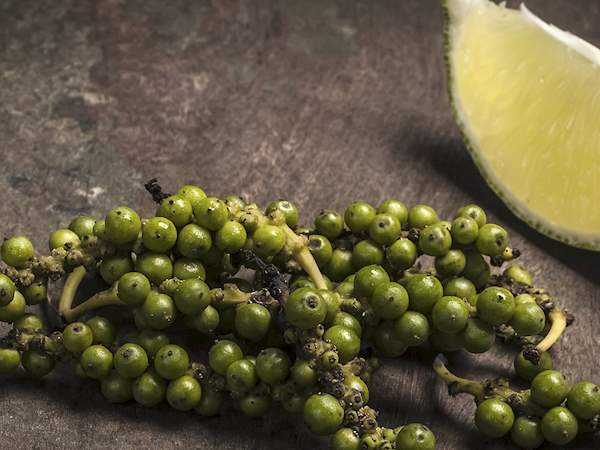 When harvested, the Green pepper variety is still unripe and has a citrusy taste, with less bitterness than the other types. When turning from green to yellow, the black pepper consists of dried berries harvested and is considered to have a stronger floral flavor with a hint of eucalyptus.

A Cambodian dish that is traditionally served for breakfast or eaten as an afternoon snack is Num banh chok or Khmer noodles. These fermented rice noodles, then topped with fish gravy and raw vegetables such as banana blossom, cucumbers, and water lily stems, along with a range of fresh herbs such as mint and basil, are hand-made in stone or wooden mills.

There are several variants on this noodle dish that is usually eaten in warm weather nowadays, and some also claim that the Chinese got the concept from the Cambodians for rice noodles, referring to a legend of Thun Chey who was exiled to China from the Khmer Empire.

Babor is a common street food item from Cambodia that is essentially a porridge made with broth of rice, chicken or pork, bean sprouts, green onions, fried breadsticks, eggs, and dried fish. Babor, originally produced from the Chinese congee, has become a staple breakfast dish in Cambodia over the years, prepared throughout the country in various regional varieties. 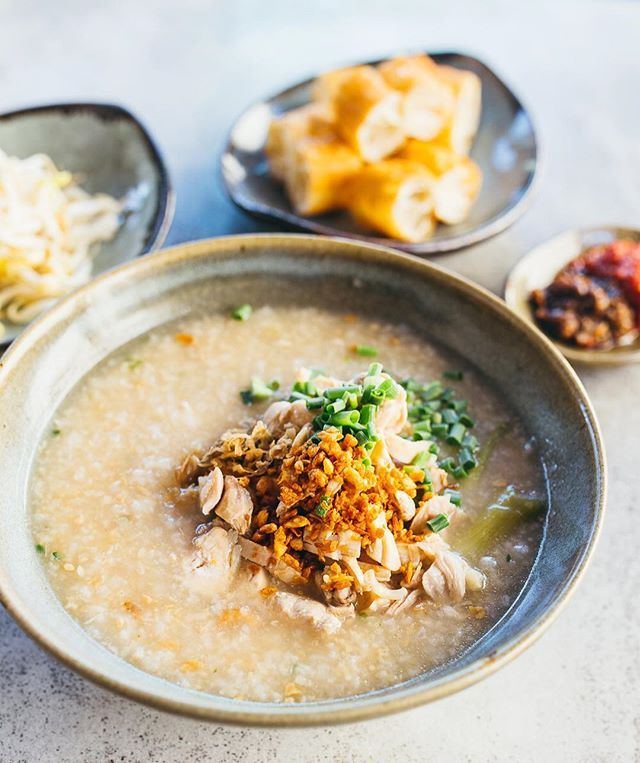 Lok lak is a Cambodian stir-fry that uses beef, chicken, or shrimp as the main ingredients, although the most common choice is usually beef. For the beef version, along with its juices, a bed of lettuce leaves is typically topped with cucumbers, tomatoes, raw onions, and stir-fried beef. Usually, the dish is eaten by taking lettuce leaves from the bottom and inserting other ingredients into it, so it is eaten close to a wrap. Lok lak is always combined with rice on the side, and the French people from Vietnam supposedly brought it to the world.

Amok trey is the national dish of Cambodia, a fragrant and spicy coconut fish curry that is tenderly steamed in banana leaves, although the main protein can also be used as a replacement for chicken, tofu, and snails. A mild Thai red curry is reminiscent of the taste of the dish. 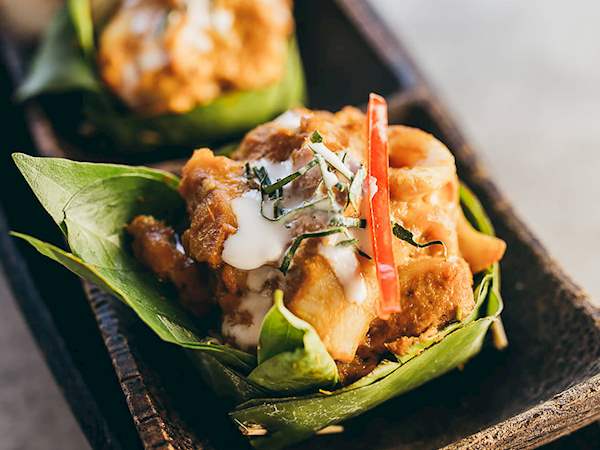 Usually served in coconut shells, amok trey is the main dish of the Cambodian Water Festival, celebrating the improvement in the flow of the Tonle Sap River, and is a way of thanking the Mekong River for supplying abundant fish and fertile land to Cambodia. The fish is soaked in a rich curry paste and put into small steamer cups made from banana leaves, giving the dish its particular flavor.