Mistol (Ziziphus mistol) is a spiny, fruit-bearing tree native to north-central Argentina and has small flowers and reddish-brown, drupe-like fruits. The fruit is often eaten fresh, distinguished by a sweet, pasty flesh, although it can also be boiled, sundried (pasa de mistol), or converted into arrope (a homemade sweet) or patay (a paste used in numerous Argentine specialties). Bolanchao is a type of candy made with mistol fruit that is typical of Santiago del Estero, while this plant can also be used for making mistol liquor or a mistol infusion with healing properties.

A combination of mistol juice and algarrobo flour or tusca tree flour is often consumed by the individuals of the indigenous Toba community. Other parts of this tree, including the tree’s roots and bark, have also been widely used by indigenous people.

Often referred to as mistol cuaresmillo, mistol of the forest, or sacha mistol, this tree is also distributed in other parts of Argentina and in South American countries such as Paraguay, Peru, Brazil, and Bolivia.

Maitén (Maytenus boaria), native to South America, is an evergreen tree belonging to the family of Celastraceae, and its name is of Mapuche origin. The tree is widely spread throughout the Patagonia region, and has long been an integral part of the indigenous Tehuelche people’s life and food culture.

The tree bears lance-shaped to elliptical, leathery, and finely toothed light green leaves, characterized by a grayish-brown bark and drooping branches, while the flowers which bloom in spring are generally very small and pale green to whitish. The Maitén tree bears capsule-like, orange-red fruits with an oval shape in early summer.

Within the fruit hides one or two seeds surrounded by red flesh, and they are usually used to prepare a bitter-flavored non-commercial edible oil. The branches of the tree produce tender shoots in spring, which are typically harvested from the wild by the locals, who usually eat them as an appetizer after they have been fried with garlic in oil.

This tree and its traditional uses are almost limited to rural communities that live near the natural habitat of the plant, since it is wild-harvested mainly for household use, while the majority of the population of Argentina remains largely unaware of the different uses of the tree.

Native to South America, in the indigenous Quechua language, aguaymanto (Physalis peruviana), called topotopo, is a perennial herb that produces edible, round, yellowish-orange berries with a smooth, succulent flesh characterized by a good, tangy sweetness.

The plant is usually harvested from the wild and is closely related to tomatoes, eggplants, and potatoes, primarily distributed in the Argentinean provinces of Salta and Jujuy. The indigenous populations have eaten the fruits of the aguaymanto plant for a long time, including the Incas. 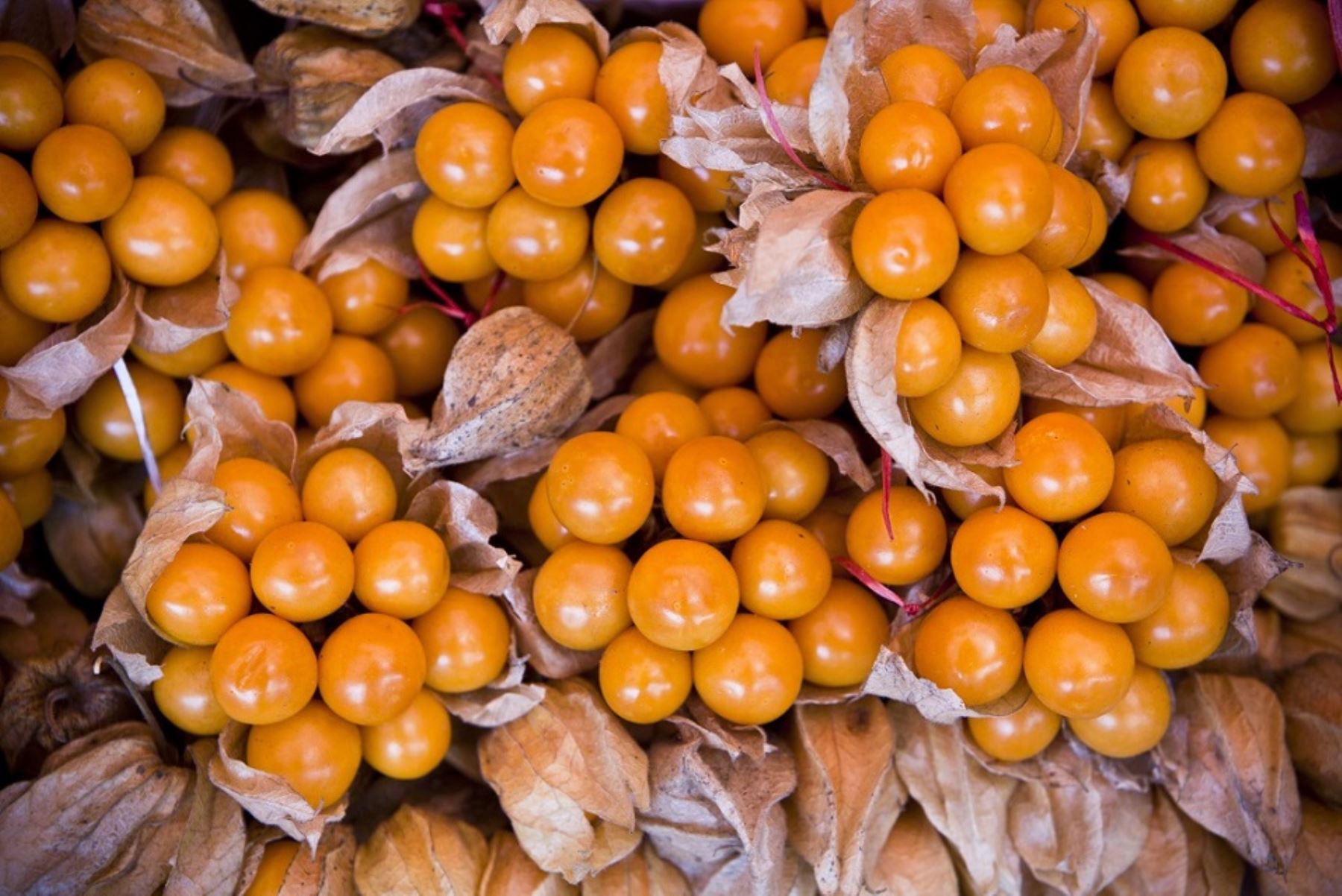 Fruits are an excellent source of iron, potassium, zinc, vitamins A and C, as well as phosphorus. Combined with other sweets and sweet fruits, they can be eaten on their own or enjoyed with syrup. It is also possible to dehydrate or refine the fruits into jams, fruit preserves, and beverages.

As the use of these plants is increasingly ignored by younger generations due to cultural changes and migration to towns, the usage and traditional knowledge of local wild plants like aguaymanto are at risk of being lost.

In the province of Misiones in the Parana Forest of northeastern Argentina, mburucuya is a passion fruit (Passiflora edulis) variety that grows wild, characterized by bright green leaves, white flowers, and shallow roots. This perennial climbing plant bears oval or spherical edible yellow or purple berries that contain a mucilaginous, juicy pulp with multiple seeds. 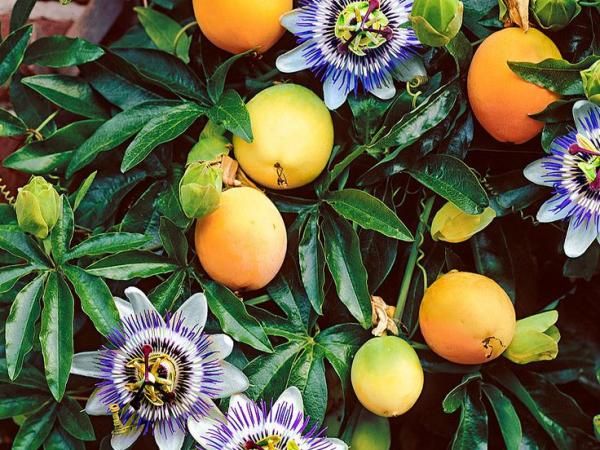 The flowering cycle depends on the weather and latitude and generally occurs in spring or fall, although sometimes it can last up to 9 months in a row. The fruit of this plant can be eaten fresh or can be processed with a distinctive fragrance and flavor into a golden-yellow-colored fruit juice.

While this fruit and its juice have long been part of the diet of the local people, there has been a marked decrease in the traditional consumption of mburucuya in recent years. Several local organizations and agencies have made efforts to promote mburucuya and conserve awareness of its traditional uses due to the gradual loss of interest in this native fruit.

Items containing this fruit are sold in supermarkets and in the area at local fairs.

Reggianito is a hard cheese from Argentina made with pasteurized or unpasteurized cow’s milk. Although the texture is crumbly and grainy, its taste is salty, so it is typically grated. Originally, the cheese was invented by immigrant Italians who made it to remind them of their beloved Parmigiano Reggiano. 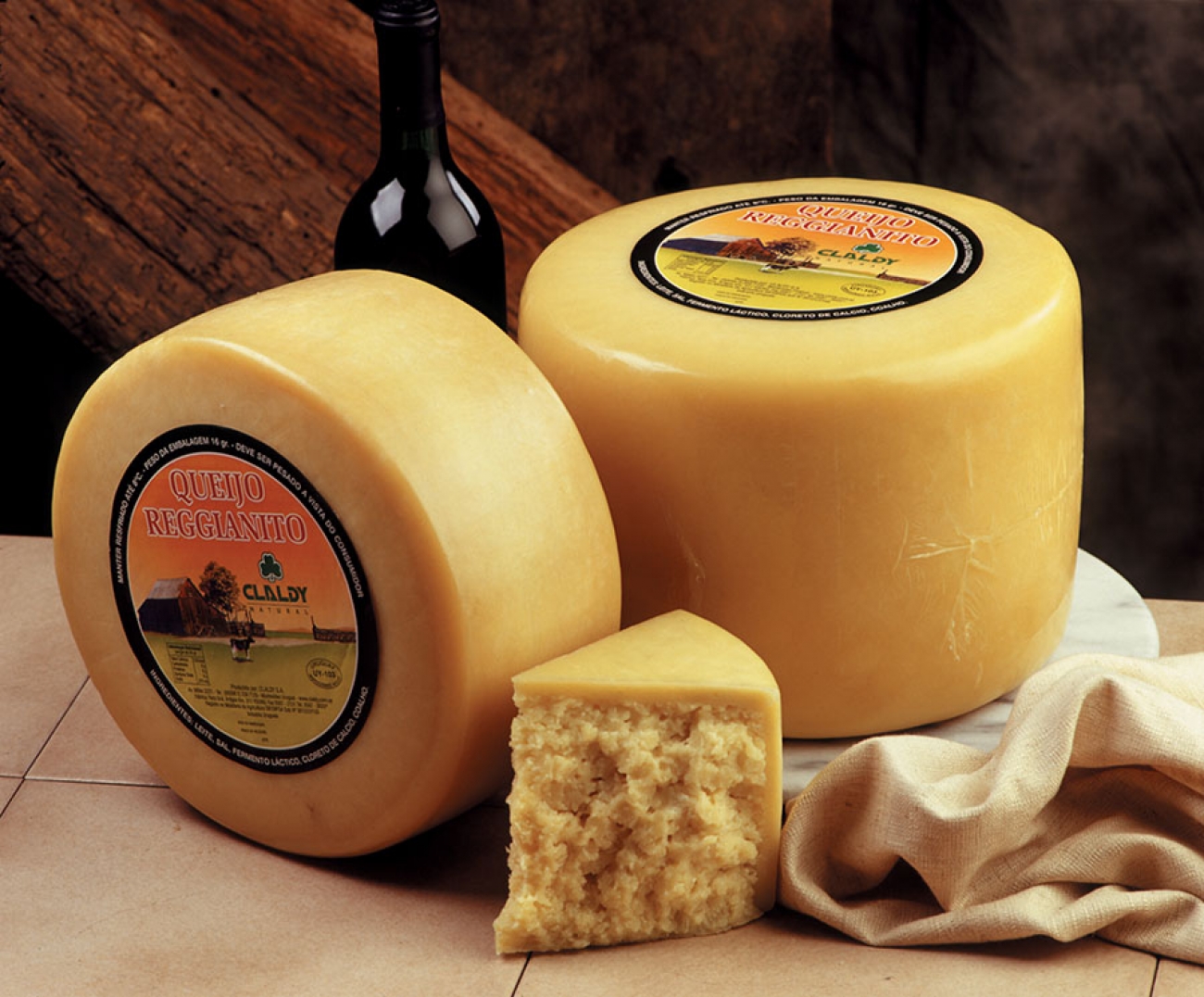 Reggianito is sometimes used in a number of pasta dishes and casseroles due to its robust flavors.

Provoleta is the Argentine variant of the popular Italian cheese Provolone, which is believed to be an invention of two national cuisines by Italian immigrants who decided to combine them. It falls into the pasta filata or stretched cheese category and can be made with fresh milk from cows or goats.

Provoleta is typically molded into long cylinders and left to mature for at least three months. Mild in taste and usually semi-hard and springy in texture, it has a distinctive yellow color and is specially made for grilling. The favorite way to enjoy Argentina’s cheese is to cut it into thick slices, grill, season, and serve the popular Argentinian asado as a satisfying appetizer.

Argentine beef is fresh meat that, due to grass feeding and the required environment, is often praised for its high quality and flavor. From 1536, when the cows first arrived in the country with the Conquistadors, the cattle multiplied rapidly. The beef began to be so easily processed and exported that the landowners soon became extremely wealthy.

With 55 million head of cattle, Argentine beef is a staple food in the world, mostly in the Pampas pastures. The meat is traditionally cooked over a charcoal flame and served on the side with chimichurri. Bife de lomo (tenderloin), entraña (skirt steak), asado de tira (short ribs), vacío (flank steak), and bife de chorizo are believed to be the best cuts of Argentine beef (sirloin).

Argentine beef is delicious, soft, juicy, well-marbled, and highly aromatic, regardless of which cut of meat is used in the process.

Originally from southwestern France, Malbec has recently become one of the most important grape varieties in Argentina, where a radically different flavor profile has been created. Argentinian Malbec typically shows fruity notes of cherries, strawberries, or plums that are complemented by soft and velvety tannins due to its special geographical and climatic characteristics.

The wine typically develops chocolate, vanilla, tobacco, or cocoa flavors when aged in oak. Argentinian Malbec, particularly leaner cuts such as skirt steak, is best matched with grilled or roasted beef, but it can also work well with pork or poultry.

Mate is a herbal infusion of the yerba mate plant that is prepared with dried and ground leaves. Among the native Guarani individuals believed to have been the first to cultivate the plant and make mate, the drink originated. Traditionally, the leaves are steeped and served together with a bombilla in a hollowed gourd, a specialized metal straw that often serves as a sieve.

The drink is an important part of the culture of South America, and it has often been prepared and enjoyed at different gatherings, while the whole party usually shares both the gourd and the bombilla. The infusion is rich in caffeine, and a slightly bitter herbal taste characterizes it.

In other South American countries, such as Uruguay, Paraguay, Bolivia, Chile, and Brazil, Argentina is the largest producer and user of mate, although it is a popular drink. It is always important to prepare traditional mate with hot water, never boiling, while cold water, sweeteners, fruit juice or other additions may be used in the varieties.

Guava (Psidium guajava) is a fruit-bearing tree or bush native to tropical America, from where it has spread to other tropical parts of the world, and has long been cultivated by local indigenous people living in Argentina, especially in the northwestern province of Misiones. 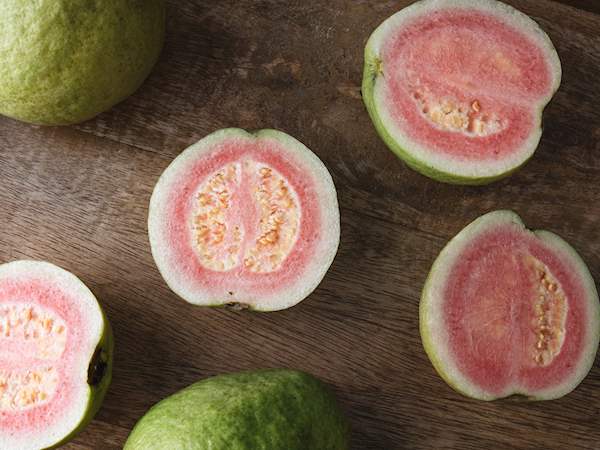 A sweet and somewhat granular flesh that represents a great source of essential nutrients such as vitamin C, iron, calcium, and phosphorus distinguishes the fruit. It can be eaten fresh, in salads or as a snack, frozen, or in the form of jellies, jams, or juices in a variety of ways.

While local communities used to value it highly in the past, guava consumption has declined in recent years due to the availability of imported fruit in local stores. Guava fruit is, however, commonly sought-after by local restaurants and hotels.